This place was located at the junction of commercial roads in the Middle Ages: iron from Rimetea (Hu: Torockó), gold from Abrud (Hu: Abrudbánya) and salt from Turda were transported this way towards the regions beyond King’s Pass (Hu: Királyhágó, in the Western Carpathians). And as the way led through the valley of Hășdate (Hu: Hesdát) via the source, it is understandable that its fame spread widely, as already noted by 15-16th century memoirs. 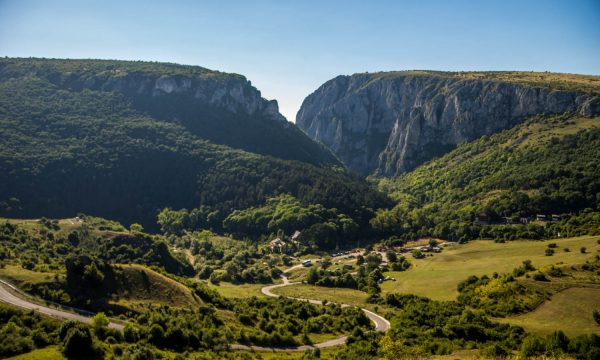 At this time, the gorge itself was a pilgrimage site. Folk tradition preserves the memory of the chapel erected already in the Middle Ages at the top of the King’s Forest (Hu: Királyerdeje), near Horseshoe-rock, (Hu: Patkóskő), and with time a monastery called Monasztéria was also founded here. Twice a year, at Pentecost and at Maundy Thursday, Hungarians from Turda town and its countryside ascended here to hold celebrations. The Pentecost pilgrimage was held in remembrance of the miraculous escape of Saint Ladislaus, while the Maundy Thursday one celebrated the local escape from the Mongols. As Balázs Orbán wrote, referring to an oral legend, these pilgrimages were so famous, that even people from beyond the King’s Pass border visited them. 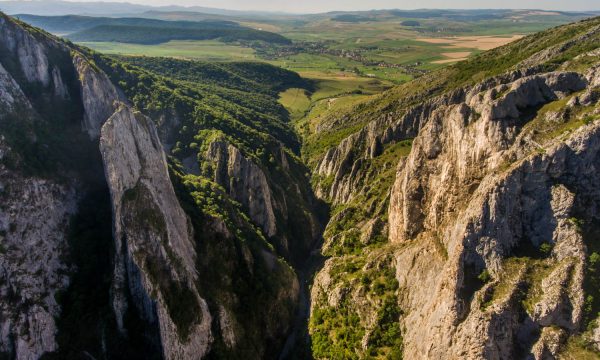 Today, it is impossible to determine whether it was these pilgrimages that encouraged the formation of the local Saint Ladislaus legends, or whether the explanation of the origin of the crevice connected the gorge to the figure of Saint Ladislaus, as protector saint of Transylvania, already in the Middle Ages. In Hungarian folklore, this legend type, the antitype of which is located in the Bible (the Red Sea parting in front of the fleeing Jews after Moses’ prayer), is almost exclusively connected to the figure of Saint Ladislaus. For example, he is also the hero of the legend of the Zádiel (Hu: Szádelő) gorge in Slovakia. The history of the creation of the Turda gorge became well-known throughout the Carpathian basin through various popular news reports and literary works. 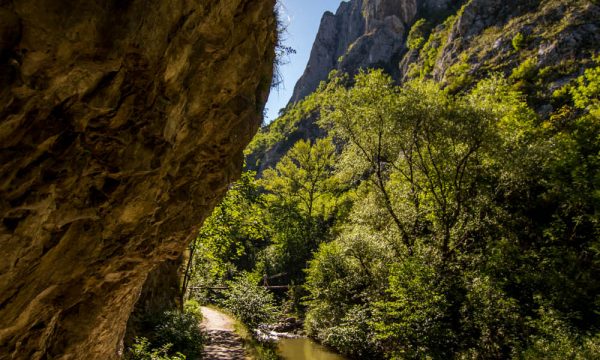 From the second part of the 19th century it appears in elementary school  textbooks. The legend has the following storyline: once upon a time, Saint Ladislaus became separated from his army, and while he was riding in the area, a large group of Cumans started chasing him. The fleeing king prayed to God, and his request was heard, because suddenly the hill split between him and the pagan enemy, and the Cumans fell into the depth. According to some versions of the legend, the hill started to crack before Saint Ladislaus arrived there, but while he was able to jump over the open gap, his pursues were not. According to this version, the large number of coins in the depths of the gorge fell and turned into stone at this point. According to the same tradition, the horseshoe-shaped recesses in Horseshoe-rock, on the southern side of the gorge, on the so-called Muntye peak, are imprints created by the king’s horse. This rock figures as Horse-trail rock (Hu: Lónyomos kő) in a 1795 report of an Aranyos seat land survey committee, since it was situated right on the border between the town of Turda and Aranyos seat. It also acquired a heraldic function, as the blazons of both the town of Turda and of the historic county on Torda-Aranyos include the motif of horseshoes situated in the foreground of two mountains.

In the legends of Turda and Aranyos seat regions, the tale of the spring created by Saint Ladislaus mostly appears in relation to the well between Petreștii de Jos and Tureni. Several text variants also mention a spring created in the depths of the gorge, which burst onto the surface when the Holy King touched his sword to the land or stone, so that his thirsty soldiers could be refreshed by the abundant water. The legend of Saint Ladislaus’ Rosemary is also related to Turda gorge. According to this tradition, a rosemary that fell from the hat of the king jumping the gorge turned into a small tree hundreds of years ago on its the edge, and has been growing there ever since.

The Hășdate River (Hu: Hesdát-patak) has been eroding the limestone of the Trascău Mountains (Hu: Torockói-hegység) for thousands of years. While making a deep bed for itself, it has created a landscape of many natural and cultural values. Today, the Turda Gorge is a nature and bird conservation area as well as a national wildlife reserve. 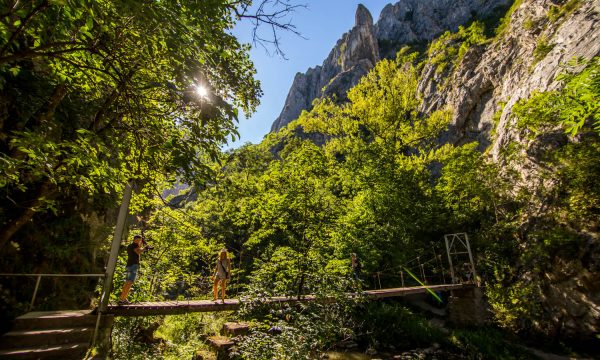 The picturesque landscape, the magnificent rock faces, and the humming river have become the love of many a local researcher. One thousand plant species – one quarter of the Romanian flora! – can be found here. Species from the ice age, from the Black Sea, from Pannonia and the steppes have all survived here. Rare plants decorate the rocks, too: Stipa pulcherrima and Stipa pennata (European feather grass), Iris aphylla ssp. hungarica (also known as steppe iris) and Hieracium tordanum. Another rare species is the lop-sided onion (Allium obliquum, also called twisted-leaf onion), the next nearest habitat of which is in the Ural Mountains. The European yew (Taxus baccata) also grows here. It is popular because of its reddish, hard wood, for which it was extensively harvested and has become a rare sight in Europe. On the shaded side of the gorge, six nests of a golden eagle (Aquila chrysaetos) couple can be found. The peregrine falcon (Falco peregrinus) is a frequent guest here too. The little owl (Athene noctua), the white-throated dipper (Cinclus cinclus), and the black stork (Ciconia nigra) can sometimes also be sighted. Songs of woodlarks and Eurasian skylarks (Lullula arborea and Alauda arvensis) accompany us on our walk. If we are especially vigilant, we might catch a glimpse of the rock bunting (Emberiza cia) with its white, striped head and orange belly. Inside the gorge wall-climbing lizards, the European green lizard, and the common wall lizard (Lacerta viridis, Podarcis muralis), as well as the European tree frog (Hyla arborea) can be found. The butterflies Fenton’s wood white (Leptidea morsei) and the large copper (Lycaena dispar) further colour this landscape. 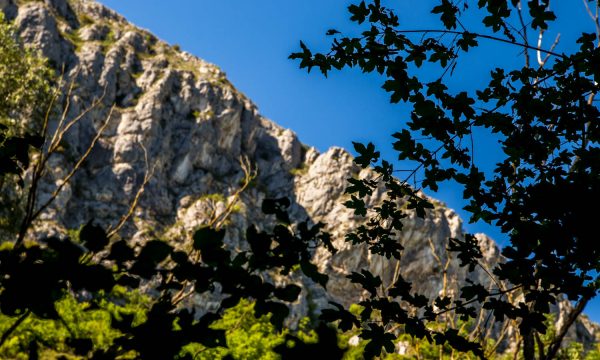 The gorgeous scenery, the robust rock walls, the dozens of mysterious caves and the rich and colourful flora and fauna all provide unforgettable memories and countless hiking opportunities for any visitors. This tourist paradise is a must see for everyone visiting Romania. Besides accommodation and catering, paragliding and guided rock climbing opportunities can also make this a memorable visit.

Looking for accomodation around Cheile Turzii? Click the button below, and you can find a suitable place in just a few minutes.