In the upper valley of Crișul Negru (Hu: Fekete-Körös) river, in the Beiuș (Hu: Belényesi) Basin, the first villages, which in the early period were in the possession of the Bishopric of Oradea (Hu: Nagyvárad), were probably established as early as the 11th and 12th centuries around the estate centre of Beiuș (Hu: Belényes), which, due to silver mining, in time became a market town. 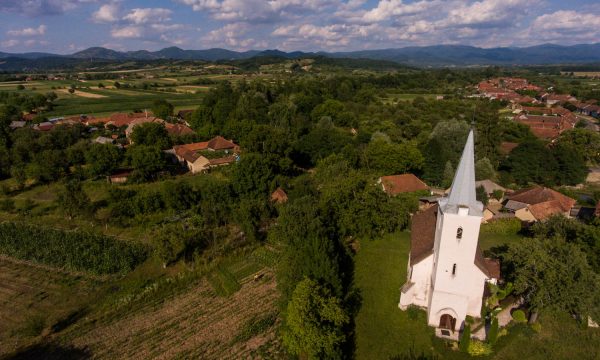 One of these Hungarian villages subsisting on land cultivation, herding, and beekeeping, was Remetea (Hu: Magyarremete), the only settlement, apart from the neighbouring Șoimoș (Hu: Solymos) on the right bank of the the Crișul river, located along a stream that flows into the river from north-east. Iván, voivode of Belényes, mentioned in 1363, who was the leader of the administrative body that had formed within the Bishopric’s estate, was probably the one who played a significant role in the settlement and organisation of the large number of Romanian mountain and hillside villages appearing from the mid-14th century. His descendants must have settled in Remetea sometime during the reign of King Sigismund of Luxemburg, where they were granted nobility and converted to the Catholic faith, a clear testimony to the latter being the fact that in 1423 Boch (Bocz), voivode of Belényes, received indulgence from the Pope. His descendant, László, son of János Bocz, acquired in 1445 a new donation for Magyarremete, as well as for Oláhremete, mentioned for the first time at that point. They received confirmation of these possessions many times, stating from bishop Farkas Bálint (1491) to the Transylvanian princes. The voivodate of Remetea was established during the 15th century, containing the following villages: Solymos (1213), Rossia (1445), Bokorfalva (1445), Dsoszánfalva (1584), and Lazur (1588). In a census from the mid-16th century (1552), fifteen serf families were recorded in Remetea. The descendants of Bocz, the Remetei family later adopted the Vajda [Voivode] surname, referring to the family’s title that was becoming hereditary. According to the charters, the family had several manor houses in Remetea. The inhabitants of the village probably converted to the Reformed faith around 1552, their first known pastor, János Böszörményi, was mentioned in 1603. The settlement was destroyed around the end of the Ottoman occupation, and started to be repopulated only from 1695; in 1720 the village’s Reformed congregation was formed of ten families. At the end of the 18th century, Remetea, together with the estate of Beiuș, became the property of the newly established Greek Catholic Bishopric. Around the mid-19th century, two-thirds of its inhabitants were Reformed Hungarians.

Looking for accomodation around Remetea? Click the button below, and you can find a suitable place in just a few minutes.