This settlement located on the outskirts of the Őrség region was first mentioned in medieval documents in 1273. But in 1268 the property of Ponith comes Scentynitas of the Buzád family is mentioned, which can be the same as Velemér, because its church was devoted to the honour of the Holy Trinity. 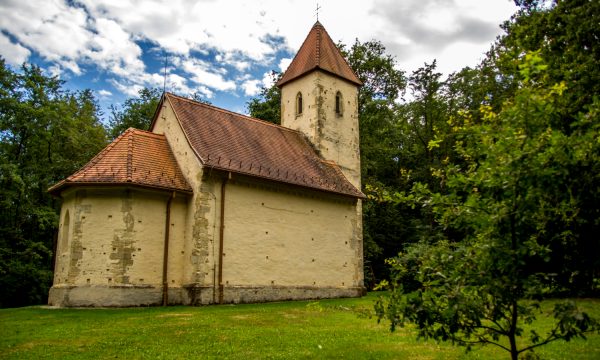 The settlement does not appear in the papal tithe register, but a document dated to 1360 refers to the Holy Trinity church of the village of Velemér, and in 1365 the settlement is mentioned as appurtenant to Grad (Felsőlendva) Castle. In 1366 Miklós Szécsi, the Ban of Croatia and Dalmatia together with his brother Domokos, bishop of Transylvania received this prestigious castle estate as a donation. In 1486 we also hear of a family called Velméri. In a tax roll from 1548 we find Elek Thurzó as its owner. Due to the influence of Protestantism in this region from the 1560s, the congregation of Velemér converted to the Reformed faith. The Batthyány family with large land holdings in the area provided them with support, but after the family became Catholicized, this aristocratic patronage ceased. In 1732, several churches in this area (Őriszentpéter, Nagyrákosi, etc.) were re-occupied by military force and from then on were taken over by Catholics. There is a detailed description of the mural paintings of the church in the records of the canonical visitation in 1758, so the painted surfaces were probably not whitewashed over during the Reformation. In 1808, on the occasion of a church visit the year 1377 was read on the painting of Mettercia. At that time, they basically described the church as being in a bad state, which could not be used due to the poor condition of the roof. Its slow decline culminated in 1889, when its roof burned down. Its altar stood in ruins for a long time, but between 1845–57 this was also demolished, and its masonry elements were used by locals in the construction of sties. In 1863, Flóris Rómer visited the ruins of the church during his research of the medieval relics in the area, called by Imre Gózon, the Reformed teacher. He presented the murals in several publications, which were measured and documented by Ferenc Storno Sr. Rómer’s greatest work on the mural paintings in medieval Hungary was published in 1874, in which Velemér was given a prominent role. 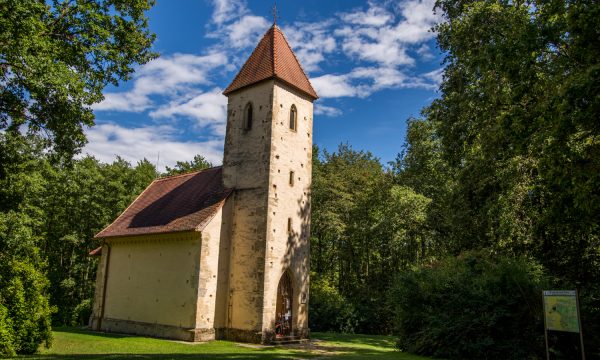 Its illustrations were also by Storno. Through Rómer’s good offices, Ferenc Szenczy, Bishop of Szombathely had the church roofed over and renovated. In 1891, however, the parish priest gave an account of further damages and asked for financial support for repairs, which were carried out only in 1894. Subsequently, there were data on various damages and repair works carried out every 10-15 years. Its murals were maintained, repaired, restored many times, but the most significant restoration was expertly carried out in 1967–68, led by István Lente, which was then repeated in 2003.

Looking for accomodation around Velemér? Click the button below, and you can find a suitable place in just a few minutes.