Out of the three main kinship monasteries of the transdanubian region, Ják is the most beautiful, Lébény is the oldest and Türje is the most original. The church at Türje has kept its medieval characteristics the best. 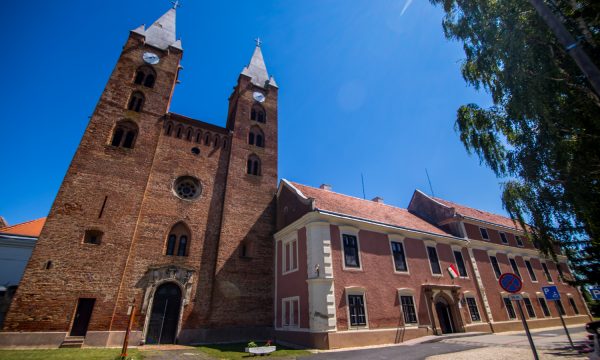 The Premonstratensian monastery at Türje was first mentioned in 1234, and was founded not long before this by Dénes Ban, of the Türje kin. The village though ought to be older, because the Premonstratensian monks always settled where there was a larger population, their task being the spiritual guidance of the secular believers.

The church has two towers and three naves. The octagonal pillars with Renaissance capitals have column-like cantilevers attached. From these rise the pilasters of the clerestory, which support the rib vault in the nave. It’s rather exceptional that this kind of structure at Türje is almost entirely medieval.

In the 16th century the village became the property of the protestant Hagymásy family, who destroyed the monastery. Under the Ottoman rule the church had to be fortified, but with the passing of peril the monastery was revived in the 18th century. Due to the labour of the monks and the German settlers who came at their request Türje became a market town. At this time the friary and the chapel of Saint Anna were built. Here and in the sanctuary István Dorffmaister painted frescoes of scenes of Virgin Mary’s life (1761-1764). These are the painter’s earliest, possibly most beautiful works of art.

A Saint Joseph fresco painted by Ferenc Schweichart (1773) was discovered by accident in the staircase of the baroque friary, and in the refectory frescoes painted by Dorffmaister, Jesus and the Woman of Samaria and Prophet Elijah can be seen.

In the 18–19th centuries north of the church, in the place of the medieval monastery a farmyard functioned, with granary, wash house, workshops, stables and a bit further a fish pond.

The Premonstratensians erected several statues at Türje: next to the friary one of Saint Florian, afar of the church, along the road one of Anthony of Padua, in the centre of the village one of the Virgin Mary and of the Premonstratensian saints. 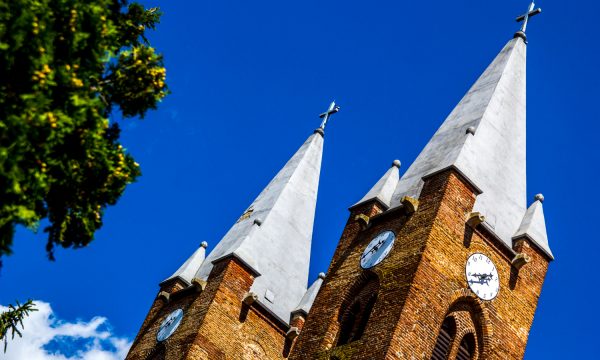 A complete, all-encompassing archaeological research has not yet been undertaken at Türje. Based on partially executed researches and observations, we know that the medieval friary was attached to the northern side of the church. The wings of the building – according to medieval customs – surrounded a square or rectangle shaped yard, to which they connected through a semi-open cloister. Neither the exact extension and layout of the friary is known, nor have the remains of its cloister been discovered, which was possibly similar to that of the church, decorated with stone carvings. In the Middle Ages the Chapel of Saint Anna that stood next to the church was destroyed due to the fortification constructions under the Ottoman rule. Sources indicate that in the front of the western entrance, accentuated with a pair of columns there stood an anteroom. The remains of a few stone carvings discovered in front of the gates of the church suggest that this part of the edifice had to be more ornate.

Looking for accomodation around Türje? Click the button below, and you can find a suitable place in just a few minutes.