Szabolcs: The legislative scene of Saint Ladislaus: Located on the left shore of the river Tisza, Szabolcs is one of the least populated villages in the western part of the county. Today it is famous for its hillfort dating back to the period of the Árpád dynasty, for its old church and also for the Mundrány curia, which now functions as a museum. The origin of the settlement’s name is derived from a simple Hungarian surname. The area was originally royal property, but had been granted after the Mongol Invasion (1241). 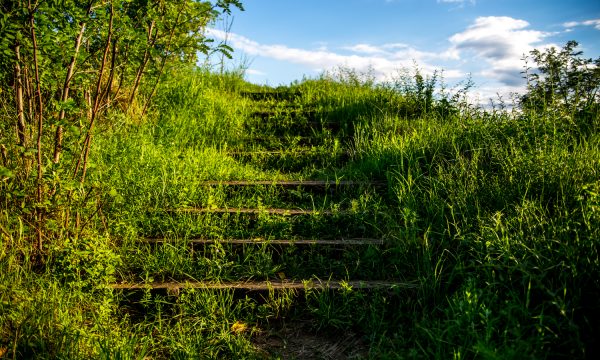 Nowadays standing under the castle of Szabolcs, the Reformed church has been built from a flat, so-called bodrog-szentesi stone; the name designates the area it originates from. This is the only edifice constructed from this type of stone in the whole county. They built the poles of the nave from carved stones. The protruding plinth is visible on each side of the nave. The south side of the nave is illuminated by the four newly-constructed windows. The only, south-eastern window of the semicircular shrine has the same form and style as these openings. The semicircular gate, which has also been expanded, is located under the second window from the west. Its original, walled up sill stone was discovered during a research between 1970 and 1972. On the northern frontispiece there are two spectacular, Romanesque windows with fan-like stone decorations on their heads. Close to the eastern and western poles, these illuminated the once-present northern aisle. 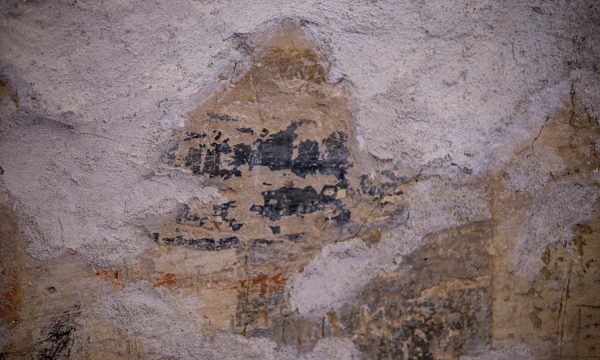 Their location under the cornice indicates a tall, basilica form, typical to the era’s architecture. Although the western façade in today’s form is without opening, we can see that the attic of the nave was approachable through a square opening. Throughout the explorations it turned out that there was a vestry perpendicular to the northern side of the nave, supported by two piers. The vestry possibly dates from a different time, due to the fact that its walls were never really connected to the nave. 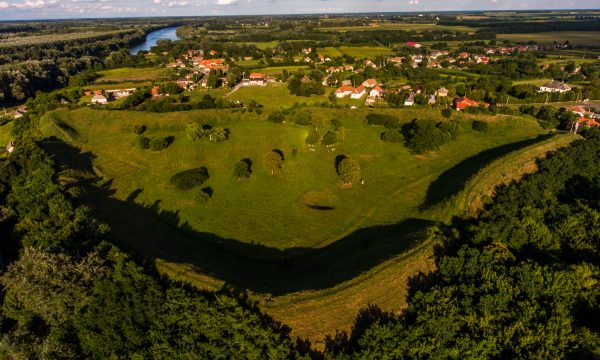 The Saint Synod held in 1092 under I. (Saint) Ladislaus in civitate Zabolch (in the city of Szabolcs) is evidence for the fact that the church was already standing as far back as the end of the 11th century. The king was accompanied to the synod by his prelates and nobles.

This ancient village on the shore of the Tisza river is rich both in cultural and natural treasures. The Tisza, which is the second largest river in Hungary, provides a home for many bird species, and it is an important migratory waypoint as well. The steep walls on the river’s shore, formed mainly during the springtime floods, provide nesting places for hundreds of birds. 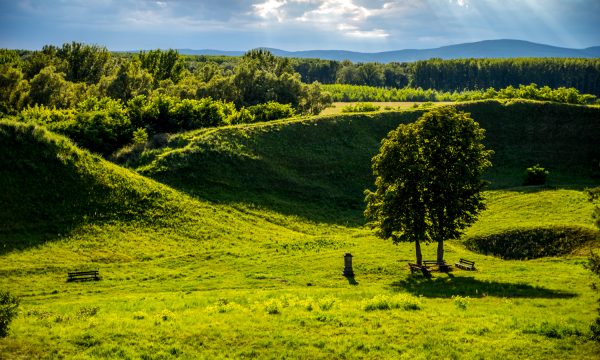 On the bottom of these walls, in the muddy, clayey sediment, live the larvae of the Tisza mayfly (Palingenia longicauda), which emerge to the surface only after a long developmental period, in June. The subsequent mating flight of these mayflies is a rare natural phenomenon, a spectacular event.

The sand martin or bank swallow (Riparia riparia), the smallest of the swallows nesting in Hungary, returns from Africa in early April. It mainly eats small insects, like blackflies, winged ants, and midges. The European bee-eater (Merops apiaster) also nests in these steep walls. This fast flying bird preys on wasps, Spanish flies, and butterflies. Its nest, built two meters deep into the vertical walls, houses six or seven chicks at a time. The sparrow-sized common kingfisher’s (Alcedo atthis) head and neck are covered in greenish blue feathers, while its back and tail are coloured even brighter blue. It hunts from branches leaning above the water, waiting for the perfect moment to bear down on the small fish in the river.

The backwater of Szabolcs gets very crowded during the migratory period. At such times, dozens of wading- and shorebirds feed here. Members of the great crested grebe (Podiceps cristatus) and the little grebe (Tachybaptus ruficollis) species can often be seen here. The black-necked grebe (Podiceps nigricollis) and the red-necked grebe (Podiceps grisegena) are a much rarer sight. The yellowish brown, chunky Eurasian bittern (Botaurus stellaris) of the heron family returns from its winter lodging in March to start building its oval nest from reed and bulrush leaves, close to the water’s surface, in the thick of the vegetation. It catches its food, which includes fish, frogs and aquatic insects, while hiding in the reeds. The black stork (Ciconia nigra) will occasionally also nest in the softwood groves near the river. Sometimes white-tailed eagles (Haliaeetus albicilla) and black kites (Milvus migrans) can also be observed flying above the river.

Looking for accomodation around Szabolcs? Click the button below, and you can find a suitable place in just a few minutes.