The folklore of Somogyvár also preserved the tradition that King Saint Ladislaus, who died in 1095, was originally buried there, and his earthly remnants only came to his Oradea (Hu: Nagyvárad) resting place later. As a result of the cult-forming activity of the monastery there, his figure recurred in tales throughout the northern part of Somogy County, the scattered traces of which were still found in the 20th century folklore collections. 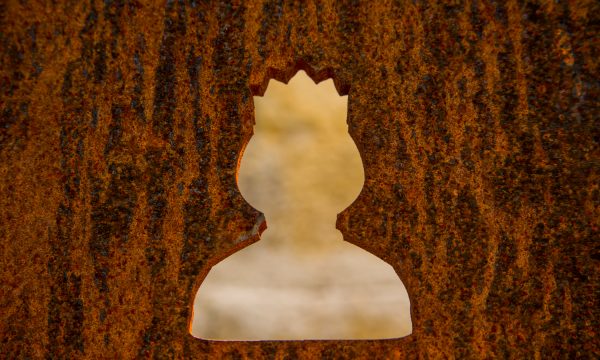 Although the legend of the Szentesica spring in Somogyvár is only connected by a few invariant data to Saint Ladislaus (he sprung it, and his hands were washed in it), it is widely believed that at Kőkút, near the Andocs pilgrimage site,  the knight king watered his horse and rested beside it. Several texts from Somogy preserved the history of the  Somogyvár monastery’s foundation, which was originally depicted in the Illuminated Chronicle in connection with the cathedral of Vác, but was adapted to this site in Transdanubia over time. According to the legend in Somogyvár, when Saint Ladislaus, who was known as a good shooter, hunted on the south side of Lake Balaton, he once saw a beautiful deer. He got his arrow to shoot the noble animal, but the deer started to speak, became an angel immediately and said: “Do not shoot, valiant king, for God sent me! 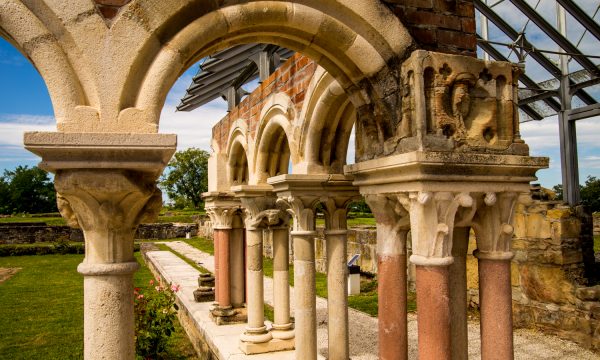 On the estate of your ancestors, on the hill of Somogyvár, build a church there!” As a result of the beautiful apparition, Saint Ladislaus soon established a huge monastery in Somogyvár. In the nearby Ordacsehi, a version of this legend was recorded, claiming that the hunted deer was totally white, and the twenty branches of its antlers changed to as many burning angel-wings. In this version, the deer who changed into an angel also told Ladislaus that he would be buried in the church to be built there when God would call him to Himself.

Somogyvár village is located south of the lake Balaton, on the loessy, sandy, argillaceous soil of the Transdunabian Hills. This landscape, articulated by valleys and hills, rivers, creeks, and forests, contains diverse flora and fauna. 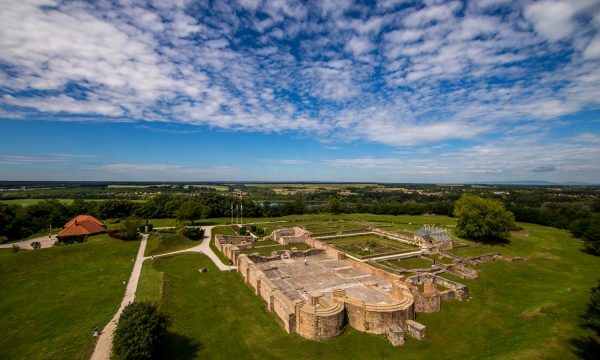 The nearby Kapuvár Mountain of Somogyvár is a nature reserve. The main purpose of the reservation is to protect the historical relics and monuments that remain from the time of the Hungarian conquest of the Carpathian Basin; however, it also aims to preserve the natural treasures of the area, among them the crystal clear Szentesica spring.

The Brézai Forest, covering more than 50 ha, was declared a nature preserve in the nineteen-eighties. The goal of the reservation is to protect the numerous rare species living in the area. The forest, dominated by sessile oaks (Quercus petraea) and hornbeams (Carpinus), has a diverse flora. The white flowered spring snowflake (Leucojum vernum) and the purple Scilla vindobonensis appear in early spring in the undergrowth of the forest. The scilla’s seeds are surrounded by a highly nutritious shell that is a favourite food of ants, which contribute to the plant’s dissemination. Besides the Cyclamen purpurascens, the common hepatica (Anemone hepatica), and the Solomon’s seal (Polygonatum multiflorum), the martagon lily (Lilium martagon) is also common in the forest. The dark-spotted flowers of this lily, more than 1m tall, are coloured red or pink. 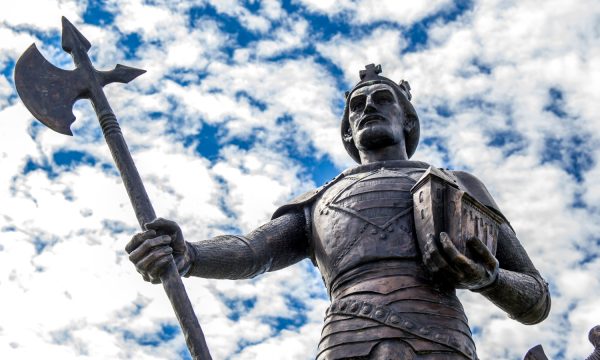 The old trees provide an excellent habitat for many insects. The larvae of the stag beetle (Lucanus cervus) and the great capricorn beetle (Cerambyx cerdo) develop inside the oaks. The Somogyvár Creek is home to the European pond turtle (Emys orbicularis), the northern crested newt (Triturus cristatus), the European fire-bellied toad (Bombina bombina), the yellow-bellied toad (Bombina variegata), and the common toad (Bufo bufo). The green-backed, grey-headed woodpecker (Picus canus) is one of the rare birds found in this forest. It feeds mainly on ants and insect larvae and makes its nest inside the trunks of decaying trees. The black woodpecker (Dryocopus martius) is easily distinguished from its cousins by its black body and red ‘hat’. Its far sounding cry also gives it away. The Eurasian nuthatch (Sitta europaea) and the Eurasian treecreeper (Certhia familiaris) look for larvae, spiders, and hymenoptera among the cracked crust of the trees. While the former moves in a spiral pattern around the trunk, sometimes upside down, the latter searches by jumping, progressively, from the bottom to the top. The red squirrel (Sciurus vulgaris), besides its natural habitat, is also found in the more extensive gardens and parks. A fast moving, small mammal, it gets its food, consisting of various seeds, fruits, and buds, from the canopy of the trees. It may also feed on the eggs, or even hatchlings of songbirds.

Looking for accomodation around Somogyvár? Click the button below, and you can find a suitable place in just a few minutes.