According to the tradition the castle of Koppány stood on the Kapuvár-mountain in Somogyvár, from where the pagan leader departed to his last battle against István. A century later, in 1091, Saint Ladislaus founded a Benedictine monastery in Somogyvár. His aim might have been to erase even the memory of paganism from the place. Even though the archaeologists did not find evidence of Koppány’s quarters, they did manage to discover and excavate the greatest monastery of medieval Hungary. The church has been consecrated to the honour of Saint Giles, who is the patron of childbirth. The choice of patron could be explained by Saint Ladislaus’ known longing for an heir. He even called the monks from Southern France, directly from the abbey in which Saint Giles was buried, Saint Gilles. 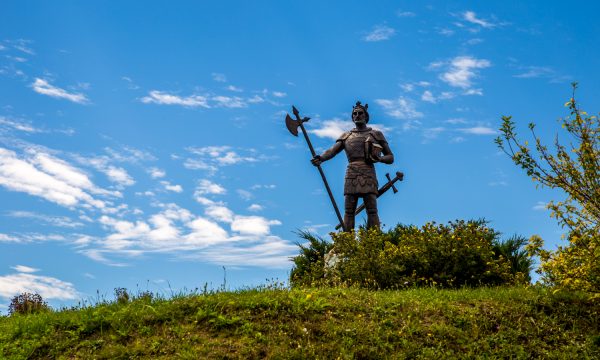 In the medieval times, Somogyvár was a county town, flourishing mostly between the 13th and 14th centuries. Its double-towered, Romanesque basilica is considered to contain the first portal with jambs in Hungary. The cloister is also an important record of the era’s gothic architecture.

The monastery was renewed in the 16th century. The church sanctuary got a late-gothic vaulting, and they modernized the residential buildings as well. Unfortunately, the monks did not have much time to enjoy the changes: Somogyvár had to be joined to the border castles-system because of the Ottoman invasion. In 1556 the Ottoman troops occupied the town. After this, the township quickly depopulated, the monastery of Saint Ladislaus perished and became forgotten. Nevertheless, the history of Somogyvár has always been intertwined with the monastery, which played a great role in its rebirth during the 18th century: the baroque-style Széchenyi castle and the church consecrated to Saint Ladislaus were both built from the rocks of the monastery. 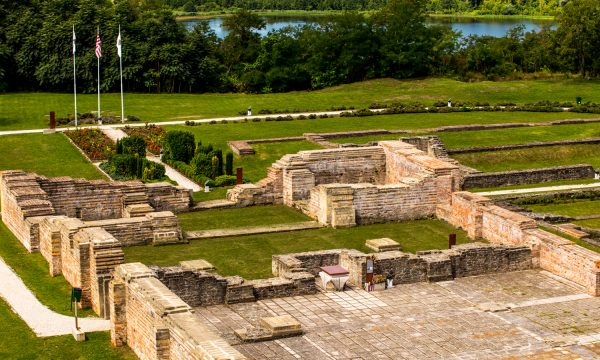 When visiting the ruins, we can come across the excavated walls of the monastery and the church which once belonged to it. The church used to have two towers at the western entrance, while its inner space was divided into three naves, each ending in a semicircular apse; the supporting columns had animal head decorations, protomes on them. The spiritual centre of the monastery was a reliquary tomb, situated right in the middle of the edifice. The relic could possibly have belonged either to Saint Giles or to Saint Benedict. The assumption that this might have been the resting place of Saint Ladislaus is not a widely accepted one. A relic of the king could have been transported here after his canonization, but not before. The chapter hall, library, dormitory, refectory and kitchen opened from the quadratic, closed garden, encircled with a cloister, north of the church. Part of the cloister has been reconstructed.

During the archaeological excavations more than 2000 pieces of carved stone fragments have been found. The monastery’s building history can be somewhat reconstructed based on their style and location. A great part of the sculptural work dating from the Romanesque period show similarities with the sculpture ornaments of the royal constructions from Óbuda. The mysterious relief presenting the mass of Saint Giles is one of the most famous pieces from this period. Later in the 12th century the work and influence of masons from Pécs can be evinced. The renown reliefs of the Archangel, the Griff, Peter apostle and Samson belong to this group of influence, and might have been part of a larger cycle around the figure of Christ.

Nevertheless, the star of the excavations is undoubtedly the 50 cm tall glass goblet, dating from the 15th century (now exhibited in the Hungarian National Museum, Budapest). A smaller gothic bronze sculpture in a kneeling posture is also one of the highlights of this area (now in the Rippl-Rónai Museum, Budapest).

Looking for accomodation around Somogyvár? Click the button below, and you can find a suitable place in just a few minutes.