The history of the settlement and the presentation of the church

The name of the village originates from a personal name. The village was most probably founded by the Vayaks` ancestors. The settlement was first mentioned in a written document in 1283. 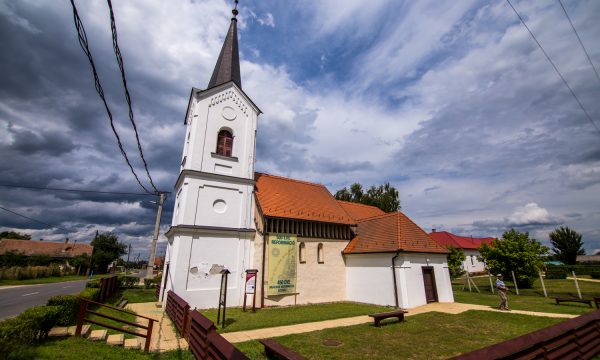 Another document from 1326 tells the story of a land-owner, Ábrahám. For a couple of decades interestingly the village was mentioned with the denomination of ”Ábrahámlaskoda”.  In 1588, the settlement was referred to as “Pusztalaskod”, and was part of the common lordship owned by the Vayak and Ibrányi families, and Katalin Zathy.  In the 17th century the Jármy, Csernel and Kércsy families also shared this territory.

In 1659, the old owner of the village, András Bancsy became the county`s deputy-lieutenant and had a mansion in the village. The county`s council decided to fortify the mansion for security purposes to cope with the turbulent historical events and threats of that time.

By the 18th century only the Jármy family owned the village and together with the other families they remained the feudal lords until the abolition of serfdom. In 1847, the village had 493 residents.

According to the archaeological discoveries the church must have been built by the end of the 13th century or the first part of the 14th century. The church was built with bricks, its size is extremely small and the round vaulted sanctuary was separated from the rest of the church by a chancel arch. On the northern side of the shrine some remains of a vestry were found. The south side of the nave was decorated with three lancet windows. Most probably in the 15th century no modifications were made to the structure of the church, it was only re-painted. It became the property of the Reformed Church, without going through any major changes or modifications.

In 1785, the residents wanted to have a church built with more solid material. This indicates that the medieval church might have been in a bad condition. A memoir from 1809 states that the renovation took place in 1791. It also mentions the church-tower being 38 years old, this means it must have been built around 1770. The memoir does not mention the construction material of the tower, neither its location. A major reconstruction occurred in 1830; the new tower, that can be seen today as well, was built in 1863.

Looking for accomodation around Laskod? Click the button below, and you can find a suitable place in just a few minutes.