The name of the town means „little strength, little castle”, but it might be a Hungarian version of a personal name. Since the 15th century the towns` name alternated betweeen Várda and Kisvárda. A distinction needed to be made between this town and Nagyvárad (Ro: Oradea, in present-day Romania) located in Bihar County because originally both towns were named Várad, therefore the one located in Szabolcs-Szatmár-Bereg County was renamed to Várda. The settlement can be linked to Saint Ladislaus (also known as Ladislaus I of Hungary) because in 1085 the king defeated here Kutesk, a Cuman leader. 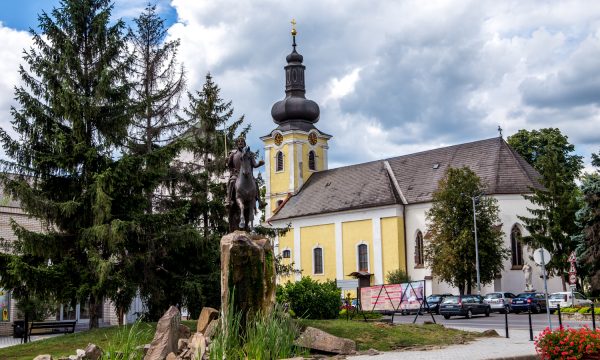 The Chronicon Pictum mentions the village Kisvárda, and some parts of the chronicle were taken over later on by the Munich Chronicle (written in the 15th century), as well as the Budai Chronicle and the Thuróczy Chronicle. Kisvárda`s first parish register from the 18th century mentions the battle between Saint Ladislaus and the Cumans stating that the place of the battle was Bököny in Szabolcs County. Despite the register`s data, the legends say that the battle took place at Kisvárda. The register also states that the church was built in honour of Saint Ladislaus.

János, the priest from Kisvárda is mentioned in an archeological document from 1293, hence we can assume the church was built by that time. Valter archdeacon in his diploma mentions two priests who served in the town, namely Pál and Konrád.

At the beginning of the 14th century, Kisvárda became an important settlement of the region, and fairs were organized here.

Looking for accomodation around Kisvárda? Click the button below, and you can find a suitable place in just a few minutes.