One of the most important researchers of the Szekler Land and its history, Balázs Orbán (1829–1890) who was widely traveled, also visited the settlement Bibarcfalva in the first half of the 1860s and found frescoes beneath the limewash in the church. He wrote: “Its interior walls are decorated with fairly beautiful fresco murals, which are covered by a thick layer of limewash. After removing this layer from one of the more intact parts (…) I noticed some painted figures, horsemen sitting on white and chuffed horses and I concluded the revealed segment illustrates a scene from St. John’s IV Book of Revelations.” Orbán believed that craftsmen painted the figures of the horsemen of the Apocalypse and locals must have covered these figures later on. A few decades later, between 1882 and 1884, József Huszka (1854–1934) uncovered the whole area of the mural, on the northern wall of the nave, revealing one the most intriguing illustrations of the Saint Ladislaus legend. 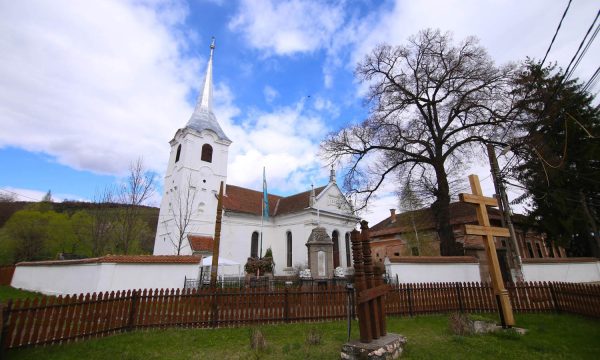 After Huszka went away they whitewashed back the murals, and they were only revealed after nearly a hundred years by artist and painter István Vigh. The 15th century wall painting depicts the exodus, battle, persecution, duel and defeat scenes of the Saint Ladislau narrative. Due to several modifications brought to the structure of the church, out of the above only the scene of the exodus (to a large extent) and the battle remained intact.  The depictions of the fight and defeat barely survived the passage of time; they are in a fragmentary state. 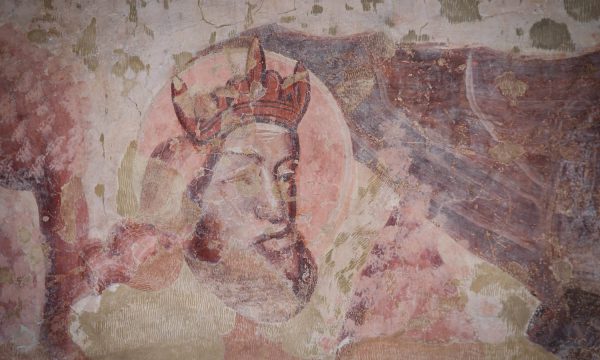 The composition of the scenes is very rare, compared to other depictions of the legend; we only have knowledge of two similar examples in the churches of Mihăileni (Csíkszentmihály) and the village Gutor, Slovakia. The scenes do not form a continuous image sequence, but are akin to medieval painted codices; they are positioned side by side and under one another, separated and enclosed by wide ornamental frames. 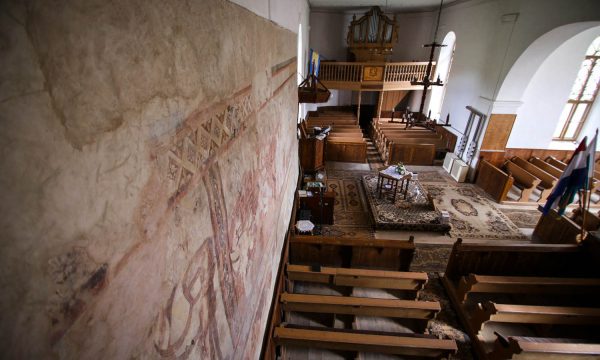 The memorial for Ferenc Bartalis, László Bertalan and Dániel Benedek, the three victims of the Makk–conspiracy led against the Austrian power (1852) are located in the foreground of the church.

Biborțeni village is located in the northern part of Covasna county, near the small town of Baraolt (H.: Barót). Several mineral springs resulting from post-volcanic activities and lush habitats are the village’s greatest natural treasures. The forests around Biborțeni have been part of the Bodoc-Baraolt Mountains Natura 2000 Site (ROSPA0082) since 2007. This nature protection site is especially important for bird conservation efforts. The two most important species that nest in the area are the black stork (Ciconia nigra) and the European honey buzzard (Pernis apivorus). The European bee-eater (Merops apiaster) can also be found making its home in the side of the Baraolt creek’s sandy bed. This colourful creature has won the Hungarian Bird of the Year award in 2013.

The neighboring Bățanii Mici (Hu: Kisbacon) is the birthplace of the famous Hungarian storyteller, Elek Benedek. Several popular mineral baths can be found on the outskirts of the village, among them ‘Uncle Bear’s bathhouse’, which is popular among members of the older generation for its refreshingly cold mineral water. The marshy surroundings of the baths are home to various rare plant species, among them the great masterwort (Astrantia major) and the native Ligularia sibirica, which has remained in this place as a relict species of previous geological eras. Both species are protected.

Of the other nearby mineral water areas, Ozunca-Băi (Hu: Uzonkafürdő) is the most important. It lies 14 km further, in the direction of Bățanii Mari (Hu: Nagybacon), at the foot of the volcanic mountain Murgul Mare (Hu: Nagy-Murgó). The area is very rich in nutrients, and its marshes are also protected as parts of the Bodoc-Baraolt Mountains Natura 2000 Site. In these marshes, among the various sedges of the genus Carex, the rare great sundew (Drosera anglica) – a carnivorous plant – and the Pedicularis sceptrum-carolinum can be found. The cabbage thistle (Cirsium oleraceum), which also likes marshy environments, attracts such wondrous invertebrate species as the European peacock butterfly (Aglais io) or the hummingbird hawk-moth (Macroglossum stellatarum), which, as its name suggests, could well be mistaken for a hummingbird.

Seeing all this, we can say that by visiting Biborțeni and its surroundings we can not only get to taste a whole scale of mineral waters, but we can also experience some of the flora of bygone eras and the natural treasures of the present as well.

Looking for accomodation around Biborţeni? Click the button below, and you can find a suitable place in just a few minutes.