One of the most popular heroes of the historical tales is Saint Ladislaus in Călata region (Hu: Kalotaszeg), too. This also means the survival of the medieval tradition in this area. A branch of the highway between Oradea (Hu: Nagyvárad) and Cluj-Napoca (Hu: Kolozsvár), bypassing the latter city and crossing Călata region, leads to Turda (Hu: Torda) touching the cultic site near the Turda Gorge, Saint Ladislaus’s spring near Tureni / Petreștii de Jos (Hu: Tordatúr/ Magyarpeterd.) The spring was already mentioned at the turn of the 15-16th centuries by Pelbárt Temesvári and the Carthusian Anonymous, compiler of the Érdy codex. 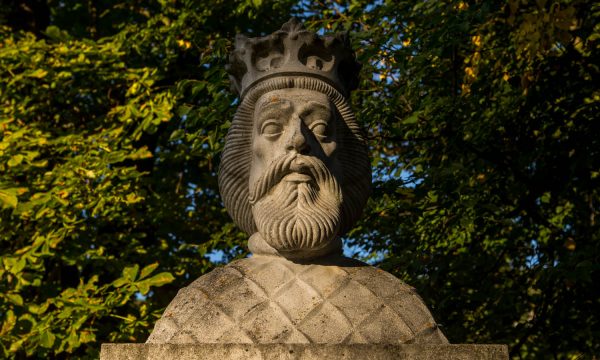 This place of worship attracted a multitude of pilgrims to the area of ​​Turda, presumably the people from Călata as well. The journey of these pilgrims led from Luna se Sus (Hu: Magyarlóna) along the valley of the Feneș (Hu: Fenes) stream through Săvădisla, which in time became a small regional centre of honour of St. Ladislaus. Already in 1285 a diploma mentioned the church of Saint Ladislaus, and in the 15th century documents mentioned a Saint Ladislaus bell and a Saint Ladislaus chapel on Liteni Castle hill. Several of the local border names – Pilgrims’ Path, Pilgrims’ Spring – also refer to the former pilgrimage honouring St. Ladislaus. During the excavations of the nearby Liteni castle, stove tiles with the figure of St Ladislaus were found. These cult traditions were largely abolished with the spread of the Reformation, but the memory of Saint Ladislaus was preserved by legend in this south-eastern corner of the region as well. The most widely spread of these is the tale of Saint Ladislaus’ coins, since the land of the Săvădisla border is full of nummilities, which are actually remains of unicellular life-forms  from the pre-historic period. As they are geographically close to it, the legend of the Turda Gorge is also well-known by the locals. People travelling towards Turda are also familiar with the legend of Saint Ladislaus’ spring, as well as the motif of the print of his horse’s shoe preserved in the rock. 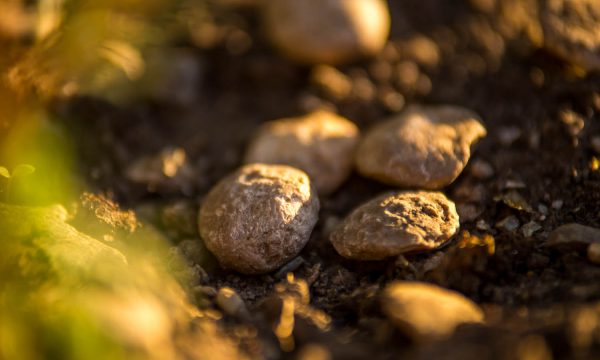 Walking on the outskirts of the village we can find interesting, coin-like fossils lying on the ground. According to the legend, Hungarian king Saint Ladislaus (Hu: Szent László) threw gold coins to his enemies so his soldiers escape the battlefield, but the gold coins soon turned into rocks in the enemies’ hand, and these ‘pebbles’ have been lying around the village ever since. In truth, they are the fossilized remains of the extinct Nummulites protist species. They belong to the subphylum Foraminifera, and their size varies from a few millimetres to 6 cm in length. Their inner structure is unique, since it consists of a series of concentric chambers. A hard, calcic layer envelops them from the outside, in which pores in various patterns can often be found. The Nummulites would reach out with their thread-like legs to access the food outside. They lived in the seas of the Tertiary era. 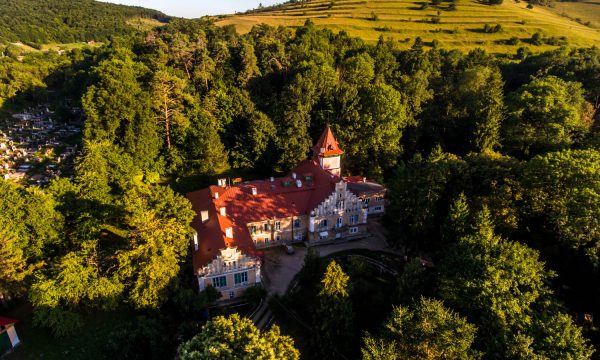 The areas around Săvădisla hold another kind of treasure too. On the way to Liteni (Hu: Magyarléta) we can find the Danube clouded yellow (Colias myrmidone), a critically endangered butterfly species which is protected at the European level. Today, it can only be found in Poland, Ukraine and Romania. In Romania, it is present in Liteni and in the Szeklerland region. The fiery orange top sides of its wings have black margins, while the bottom sides are coloured yellowish green. The black margins of the female’s wings are decorated with a series of white beads. The butterflies live on shrub pastures, the protection of which is critically important for the survival of the species. Its food plant is the common broom (Cytisus scoparius), on which it places its white-pink eggs.

The conservationists are racing time for its protection. We hope that their proposals will be soon accepted and that the Danube clouded yellow will stay alive in the heart of Transylvania for many more years.

Looking for accomodation around Săvădisla? Click the button below, and you can find a suitable place in just a few minutes.