Săvădisla is situated South-West from Cluj-Napoca (Hu: Kolozsvár), on the East side of the Gilău Mountains (Hu: Gyalui-havasok). The name of the settlement was first mentioned in the form of Szent László, in the records of papal tithes. In 1332 the historical records mention the names of Miklós parson, in 1335 the name of Benedek parson. Up until the 15th century we have no records regarding the history of the village. The archaeological findings show that the village was already populated during the Árpád dynasty. The circumstances of naming the settlement after Saint Ladislaus are still unclear, but we need to keep in mind that this village was located closest to the Battle of Chiraleș (Hu: Kerlés). The medieval parish church built to honour Saint Ladislaus has disappeared because in 1888 the church was demolished. Based on the remains of the church`s stone carvings, we can infer that the church was built in gothic style, and the bell was mounted in 1478. The prayer on the bell demonstrates the deep respect for Saint Ladislaus, who was the protector of the church and the village and also the denominator of the settlement:  Pray for us Blessed Ladislaus king. The year of Our Lord 1478. 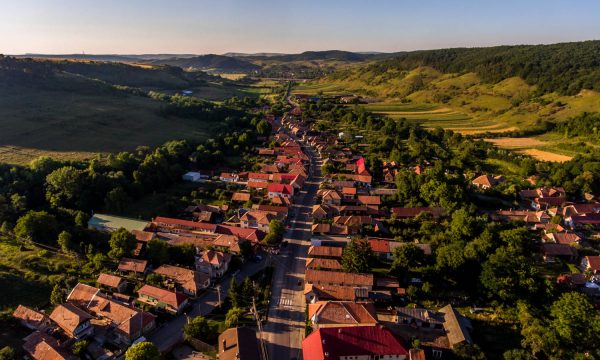 In the 15th century the village was mentioned as being part of the royal property (Zenthlazlo). In the beginning, it was part of different regions, either the historic Kolozs or the Torda counties; eventually Săvădisla became part of the latter. The village used to belong to the royal domain that included also the Liteni (Hu: Léta) fortress. The territory was made a gift to Márk Herepei by king Vladislas I of Hungary in 1441. Since then, it was mostly privately owned. In 1450, the village was also mentioned in the will of Herepei: he decided to donate the fishpond and the vineyard located near the village to the parson and the clergy-house. From his will, we find out that he commissioned building a chapel on the mountain near the Liteni fortress, which was under the protection of Saint Ladislaus. Since the middle-ages Săvădisla was undoubtedly the centre of the king`s cult in Transylvania. This deep, strong respect for Saint Ladislaus is proven by all the legends that are about the village, the region and Saint Ladislaus (legends like: The coin of Saint Ladislaus, The fountain of Saint Ladislaus, the formation of the Turda Gorge). Because of the Reformation, the population converted to the Reformed religion, but paying respect to the memory of Saint Ladislaus remained important for the people of Săvădisla. Even today the chorus gatherings are a proof of the strong presence of the Saint Ladislaus cult.

Looking for accomodation around Săvădisla? Click the button below, and you can find a suitable place in just a few minutes.