We know from the descriptions of Balázs Orbán that in the middle of the eighteenth century there were still great pilgrimages east of Frumoasa, at the Chapel of St. Ladislaus, in the side of the Păgânul Peak (Hu: Pogányhavas), so the building was still standing there. Its destruction can be connected to the fact that the new country road built in the 1840s had already avoided Păgânul Peak, and, as noted by Elek Gegő, it was already neglected and ruined in the middle of the 1830s. By the twentieth century, its stones were completely carried off. 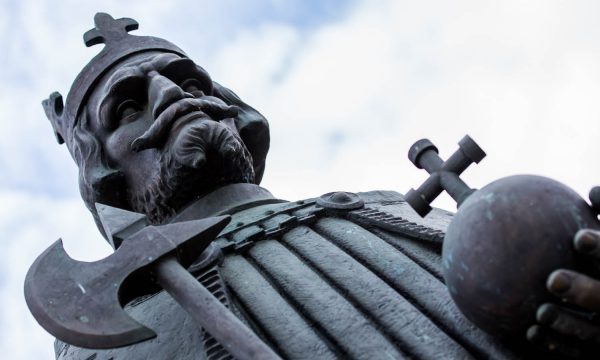 Along with the Holy Spirit chapel on the top of the nearby Frumos Mountain (Hu: Széphavas), these two church buildings were the borders of the medieval Szeklerland. These were also visited by the Moldavian Csángos heading to the Șumuleu Ciuc (Hu: Csíksolmyó) pilgrimage, as  the old highway from Ghimeș (Hu: Gyimes) to Ciuc (Hu: Csík), the so-called Kabala Pass was situated between the two chapels. The Saint Ladislaus chapel of Pagânul Peak also strengthened the cult of Saint Ladislaus as a border protector saint. The Upper Ciuc area is one of the regions of Szeklerland where the cult of St. Ladislaus was probably more intense than the average. According to the legends surrounding the area, Păgânul Peak was named after the Holy King himself was there, fought with the heathen / the Tartars and also built the chapel. According to the now faded medieval traditions, he had caused the well of the Peak to spring, as proven by the horseshoe track of his horse visible on the stone next to the well. According to an 18th-century version of the legend, after his military victory, St. Ladislaus leaped from the Peak to the place of Salvator chapel in Șumuleu Ciuc, thus figuring at the origins of this chapel as well. The most widespread legend of Frumoasa attributes the origin of the name of the settlement to St. Ladislaus: “There was a stone in Păgânul Peak, from where he jumped. When he was here, he named it by telling his horse: Drink, my horse, from this beautiful water! So, it gained the name of “Szépvíz” (“beautiful water”). Where he leaped from, the trace of his horse is still visible.” 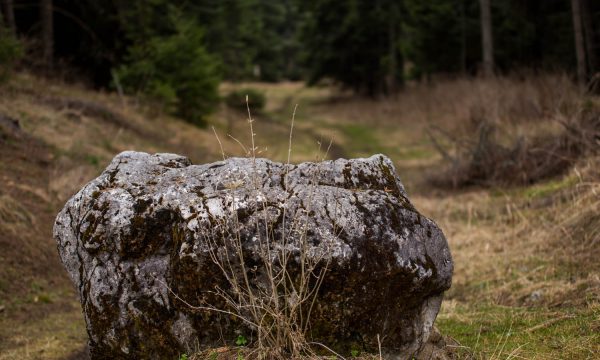 In the cold waters of the mountain creeks, we can find the European crayfish (Astacus astacus) as well as interesting fish species like the European bullhead (Cottus gobio), the brown trout (Salmo trutta) or the stone loach (Barbatula barbatula). Beneath the stones on the bottom of the creeks hide insect larvae and other invertebrates. In the marshes around these rivulets and in the pools fed by springs and rainfall live such amphibians as the yellow-bellied toad (Bombina variegata), which mates multiple times a year, always after large rainfalls, or the Carpathian newt (Lissotriton montandoni), which is an endemic species, meaning that it can only be found in the Carpathians. It is present in large numbers here, in the watery habitats near Frumoasa. The Ligularia sibirica – a 0.3-1.3m tall perennial herbaceous plant – also lives the fens. The species is a relic from the ice age and has disappeared from most of Europe due to the drainage of wetlands. 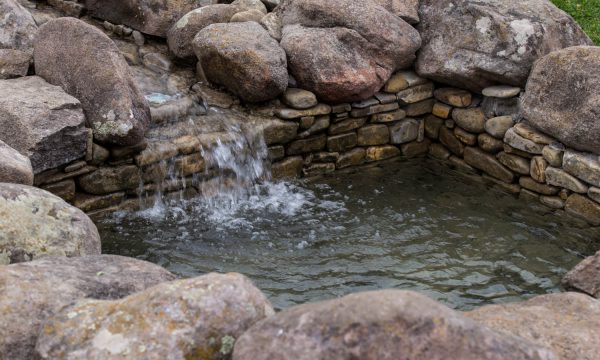 The dryer meadows of the mountainous areas hold such curiosities as the star gentian (Gentiana cruciata), named after its crossed shaped flower, which is the food plant of a rare parasitic butterfly species that winters in anthills. One should go looking for the plant Pulsatilla patens in the spring, a species strictly protected. In Romania, it is found in the greatest numbers here, its only habitat in the Eastern Carpathian Mountains.

If you come to Frumoasa, it is recommended that you visit the 8.5km long nature trail Springs through hills and dales, which will take you from the center of Frumoasa, via the Saint Ladislaus memorial site, to a summit near the monastery Făgețel. This trail is sure to impress you any time of the year.

Looking for accomodation around Frumoasa? Click the button below, and you can find a suitable place in just a few minutes.