Lunca de Sus (Hu: Gyimesfelsőlok) is the first settlement of the Ghimeș (Hu: Gyimes) valley, spreading from spring of the Trotuș (Hu: Tatros) to the Boroș (Hu: Boros) brooks. Data regarding the settlement of Ghimeș can be traced back to the 17th century. According to the most accepted theory, residents in this area fled from the villages of Ciuc (Hu: Csík), fleeing from military conscription and taxation. Several people settled in Moldova. 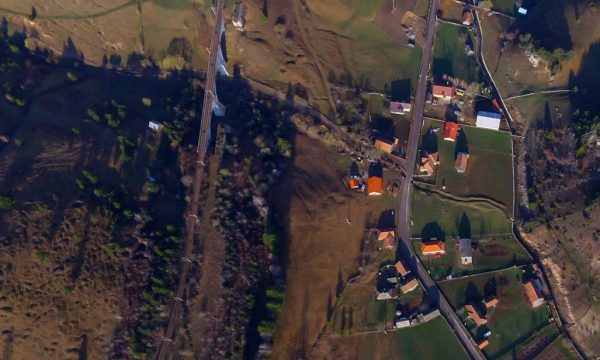 The name of the village  can be traced back to the word  gim, a place where many red deer roam, while the term lok is primarily a geographic concept, a spelling of Slavic origin, meaning plain meadow, plain place (Romanian luncă). It is first mentioned in written sources in 1701 as “Gyimes-Loka”. Before its formation, the area mostly belonged to Mihăileni (Hu: Csíkszentmihály) and Frumoasa (Hu: Szépvíz). According to written accounts, the number of inhabitants was 742 in 1850 and 3320 in 1984, with the Hungarian population forming a minority. In this earlier period, before modernization, this area and settlement was characterized by difficult traffic conditions and economic backwardness. The first step towards modernization was made by the construction of the railway:  works began in 1890s, and in 1891 the Csíkszereda–Gyimes-valley railway line opened.

Looking for accomodation around Lunca de Sus? Click the button below, and you can find a suitable place in just a few minutes.