The village Sălacea is located on the left side of the Ér creek. The first mentioning of this community was found in a historical archive from 1215. In the Oradea Register, a trial is mentioned involving a person from Sălacea who was accused of being a serf of the Szolnok castle, but he proved he was a free German from Sălacea. These documents provide us with a deeper understanding of the history of the settlement from the early ages: in the 12th century German residents settled down in the region possibly in an already existing village or near it. This process of settling down in the region occurred during the medieval ages.

The village had two parishes, one built to honour Saint George and the other to honour Mary, mother of Jesus. One of the parish churches belonged to the Bihar County, the other was located on the territory of the Szolnok County. The Tartar Invasion had devastating results on the German population, as by the 14th century they were assimilated into the Hungarian population. 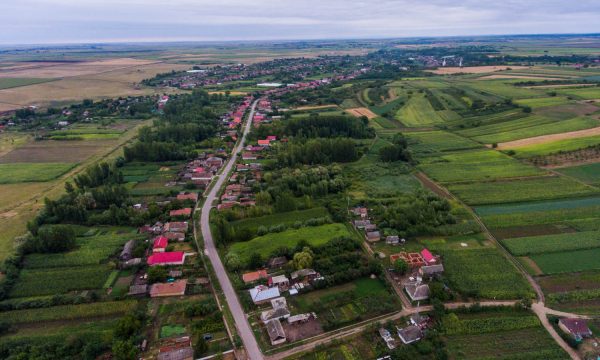 The denomination of the village in Slavic languages means salt deposit, which is not a coincidence. The village, for a long time, played an important role in the salt trade. Salt was imported from Transylvania to Szolnok and through this trade Sălacea managed to develop economically. Starting with the beginning of the 13th century the village had a role salt trade. Before 1236, the king granted certain privileges to the residents of the village, similarly to those who lived in the city of Szatmár, these privileges meant a degree of liberty in self-governance.

The process of self-determination, independency and becoming an agricultural town was hampered continually: Queen Mary at the end of the 14th century, decided to donate the territory to the widow and sons of Szemere Gerebenechi. Later, in 1407 Sigismund of Luxemburg donated it to the chapter of Oradea, to cover the costs of the foundation created in honour of his wife.

The income from depositing salt and the work of the craftsmen guaranteed the settlement`s title of agricultural town. The majority of the residents were involved in viticulture. In 1557 Sălacea became part of the Warkoch family`s lordship and remained in their possession until the 17th century. Later on István Csáky and Pál Wesselényi obtained certain plots of land as well, but the village became the property of the chapter.

Looking for accomodation around Sălacea? Click the button below, and you can find a suitable place in just a few minutes.