The medicinal spring close to Oradea was already associated with the knight-king’s name in the early Middle Ages, as in 1405 Pope Innocent VII granted an indulgence of a hundred days in one of his documents to those who pray in the hospital chapel at St. Ladislaus’ baths in Oradea. 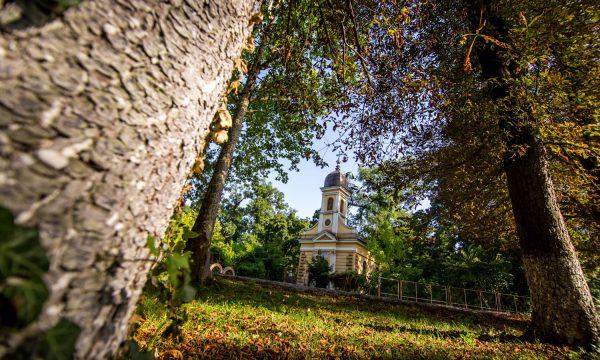 There are also some data regarding the fact that afterwards many people were thankful for this bath, including Balázs Ártándy, an unfortunate man, who in his will that was drafted in his death cell in 1531, left the income from one of his vineyards to those who “were lying in the bath”. In his famous poem (Farewell to Várad) the poet Janus Pannonius wrote about the medieval medicinal baths on the Hévjó stream (which means good heat, Hő-víz – hot water, today: Pețea), in the place of today’s Băile 1 Mai, and then Georg Wernher also mentioned them in his work on the mineral waters and springs of Hungary: „From the most famous hot springs in Hungary, there is still the one near Oradea. It is called St. Ladislaus’ baths. Either because St. Ladislaus bathed here, or it belongs to the church which is dedicated in his honour and is famous for being his burial place, and which both he and King Sigismund, who also wished to be buried here, so generously enriched. Many consider this to be one of the oldest hot springs in Hungary…” 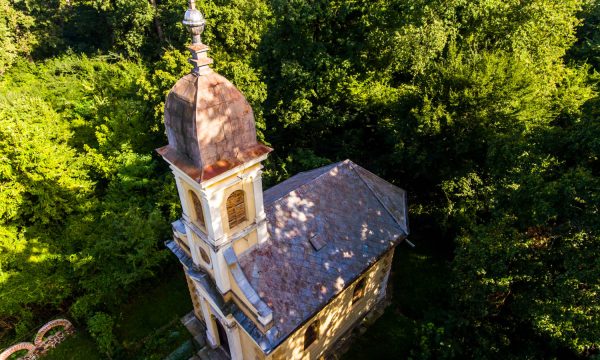 The faith in the healing power of the St. Ladislaus’ Baths was also kept alive by the legend of the miraculous healings at the grave in Oradea. Although after the Ottoman occupation of Oradea, the number of visitors to the baths decreased, many locals began to visit the baths again from the 18th century. The new chapel of the medicinal baths was consecrated in the presence of Archduke Joseph in 1883 and before that a statue was erected here in memory of the holy king. All of these events had a stimulating effect on the folk traditions associated with St. Ladislaus and revived many legends that were previously forgotten or that simply faded into oblivion. Such is the story describing the origin of the medicinal spring, several versions of which were collected by ethnographers from the oral traditions of Bihor and from the Hungarian visitors of the baths coming from beyond King’s Pass (Pasul Craiului, Hu: Királyhágó): “When once [St. Ladislaus] went hunting with his men in the woods near the picturesque fortress of Oradea, he saw a beautiful stag. He followed him on his horse and chased him, until suddenly the hind leg of his horse sank into the ground. They were all scared, because when the horse pulled out his leg, such hot water sprang from the ground that they all just stayed there benumbed by astonishment. Those who bathed in the spring were healed at once. Those who went on crutches to the miraculous spring, could throw away their crutches. Since then this miracle spring water has become world famous.”

Lake Peţa (Hu: Pece tó) is located 2-3 km north of the centre of Băile 1 Mai. The area has been a nature reserve since 1932. The thermal lake’s temperature does not fall under 30°C even on the coldest winter days. This warm body of water is home to the white Egyptian lotus (Nymphaea lotus). For a long time, it was thought that the lotus has remained here as a relic from the last ice age, but new research found that it has only been present in the area for approximately 600 years. The lake is popularly referred to as “the place where you can hear the frogs sing in the middle of winter”. Unfortunately, it has come close to drying up on multiple occasions due to the irresponsible drainage of its thermal water. A unique variety of fishes and snails can also be found here, the snail Melanopsis parreysi and the ray-finned fish Scardinius racovitzai. 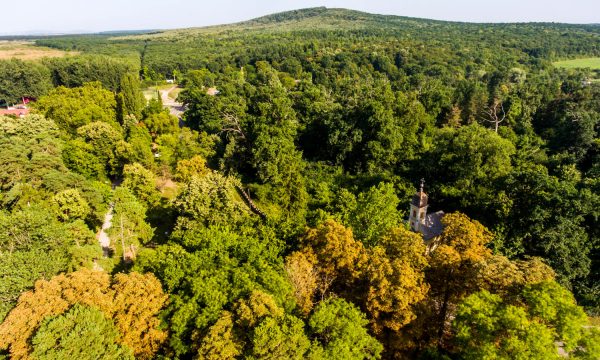 Not far from Băile 1 Mai is the Betfia Natura 2000 site (ROSCI0008), named after the small Betfia (Hu: Betfia) village. A continuous forest takes up most of this area. It is home to the Carabus hampei beetle, a species protected in Europe. This carnivorous black invertebrate grows to be up to 22–28 mm long. Two mouse-eared bat species (genus Myotis) and one horseshoe bat (genus Rhinolophus) also live here. Of the reptiles, the common European adder (Vipera berus) and the slow worm (Anguis fragilis), a limbless lizard, are most notable.

Looking for accomodation around Băile 1 Mai? Click the button below, and you can find a suitable place in just a few minutes.