The bathing resort was built at the border of the village of Hidișelu de Sus  (Hu: Harangmező) and Peţe  (Hu: Hévjó), founded by the convent of Váradelőhegy, under the Somlyó hill, in the proximity of the King’s Forest, no later than the 14th century. The foundation of the connection between Băile Episcopiei and Saint Ladislaus is a legendary tradition built around the miracle of water-springing. According to this, the king at the head of his troops was thirsty and when he was searching for water, his horse accidentally stumbled upon a stone, from which water sprang out. 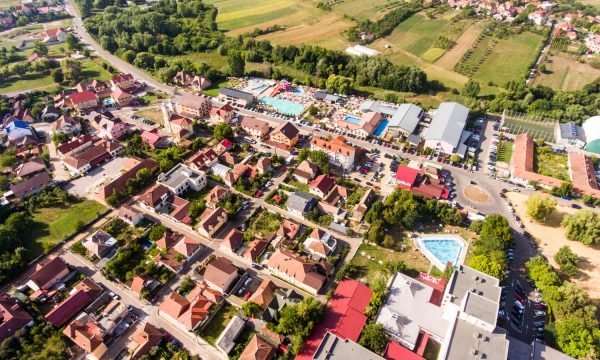 This thermal watercourse is today called Peţe creek, known in the Middle Ages as Hévjó (cca “good heat”), and the village located in the vicinity of the source got the same name. However, historical sources do not cover well this early period. The first mention of the settlement dates back to 1249, when King Béla IV.  donated it to chief justice Pál Geregye. László IV. confiscated it from his son, Miklós voivode, because of the damages caused by his rebellion, and gave it to the Várad chapter sometime before 1290. The small church is still standing today, and it was built sometime in the 13th century.  His priest was listed in the 1332–37 Papal Decalogue. One of the earliest data for the bath is in Pope Innocent VII ‘s 1405 year diploma authorizing the forgiveness of sins to the hospital of the poor and to those who visit for confessing and who donate for the maintenance of the  chapel at the hot bath near Nagyvárad, named after King St. Ladislaus. Renaissance poet Janus Pannonius refers to the thermal water bath in his poem Farewell to Várad in 1458: “Our water springs, God bless, / There is no sulphur in the air drain, / Good alum is mixed here with clean water, / Which cures your eye when it hurts and if it is weak, / And it does not hurt your nose with the smell.” In 1531, Balázs Ártándi made a bequest to the chapel in the bath; later Nicolaus Olahus mentioned the thermals in his Hungarie. Georg Wernher’s 1549 hydrographic work,  The admiral Hungariae Aquis Hypomnemation, as well as the references of the Bolognese astronomer Giovanni Antonija Magini in his Ptolemaios Geographia of 1596 all made the bath more widely known. After the Ottomans, famous for their bathing culture occupied Várad in 1660, they left intact some of the buildings “in the beautiful mines of Saint Ladislaus”, for their own use. 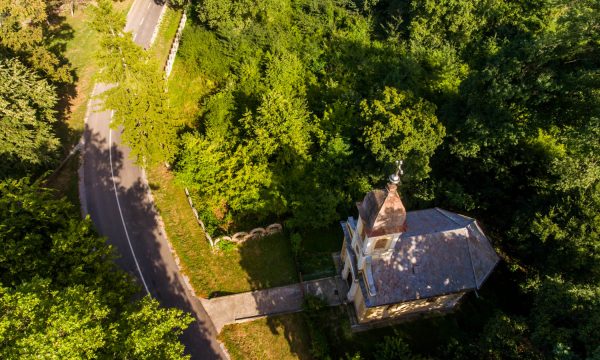 After the occupation, in 1696, Bishop Benkovich resumed the construction works, which were continued by Imre Csáky, who also raised a chapel in this place. In 1733 the bath had four wood-padded swimming pools, and it must have been suitable for accommodation, since in 1739 bishop Miklós Csáky spent some days at the bath. The administration of the bath was entrusted to tenants by the bishopric in the second half of the century. At that time, there was an open-air statue of Saint Ladislaus in Băile Episcopiei. Later on, all of the bishops of Várad did something for developing the bath. In the year 1842, Bishop Francis Lajcsák built the multi-storey István Hotel and Ferenc Szaniszló built the America Hotel. The former chapel erected by Bishop Lipovniczky in 1883 and the Casino converted from a medical building by Lőrinc Schlauch are still standing.

Looking for accomodation around Băile 1 Mai? Click the button below, and you can find a suitable place in just a few minutes.