Chiraleş is a Transylvanian settlement located in the northern part of the Transylvanian Plain, along the Șieu (Hu: Sajó) River. It is associated with a glorious event of Transylvanian history from the early Árpádian period, which has given the small village, otherwise hidden away in an idyllic setting, a cult of national significance. Official documents mention it relatively late, only in 1296. It was a royal domain in Doboka County, which the Transylvanian voivode, László, was willing to hand over, in the name of the king, to the Transylvanian Chapter in exchange for another estate. According to the register of papal tithes from 1332, it belonged to the archdeaconry of Doboka; its priest, Albert paid only 2 Groschen, suggesting that this was a very humble settlement. 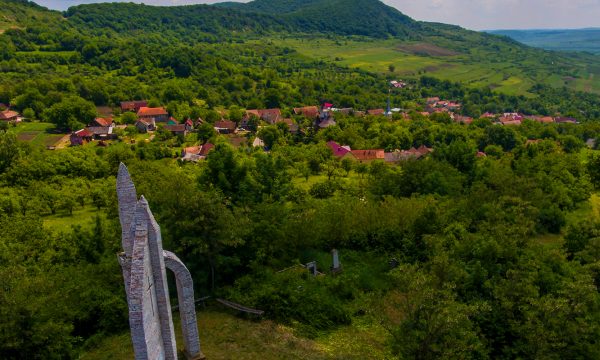 In the 14th century it remained a royal property as part of the domain of Bálványos Castle, whose fate it also shared. Wosk, the castellan of Bálványos Castle in 1345, originated from this village (Wosk de Kyrleys). In the 15th century it was acquired by the Losonci family, after which it changed its owners frequently. In the 17th century the Kemény family owned it for a longer period. From the late 17th to the early 20th century it was the property of the Count Bethlen family. The highly elegant Classicist mansion built by Count Lajos Bethlen in the early 1800s is considered to be the gem of the settlement. One of the significant elements of its interior decoration was the mural painting of the great hall that depicted Saint Ladislaus in the moment of stabbing the Cuman soldier. The mural clearly bears witness to the holy king’s local cult, which was probably re-established by the patron Lajos Bethlen. All of this took place in an era when the emerging Hungarian national identity heavily relied on historical heroes, in which the figure of Saint Ladislaus and the centuries-old cult related to his figure played an important role. It was no coincidence that Mihály Vörösmarty related the story of the battle of Kerlés at exactly that time in his poem entitled Cserhalom, which resulted in the event becoming imprinted in the national consciousness under that name. Almost simultaneously with the creation of this poem, Károly Kisfaludy painted one of the scenes of the battle, which is one of the earliest examples of Hungarian historical painting. Thus, the national and local cult of the battle developed in parallel and strengthened further the religious and nation-building cult of Saint Ladislaus.

We have no credible contemporaneous descriptions of the battle. All that we know about it mostly comes from 14th century chronicles, when the historical facts have already been entwined with legendary elements originating from the cult of Saint Ladislaus. The earliest source of the battle was probably the legend of Saint Ladislaus recorded around 1200, which contains a number of historical facts. However, not only does it omit the release of the girl, but it does not even mention the battle of Kerlés. The plundering and defeat of the Pechenegs was first described by Simon Kézai in his chronicle: “Ladislaus succeeded Géza and reigned for thirty years and three months. He is buried in Várad. During his reign, at a mountain in Transylvania called Kerlés, they caught up with the Pechenegs, the arch-enemies of the Hungarians, as they fled back after plundering Hungary. King Ladislaus and the Hungarians inflicted such a crushing victory over them, that not one of them is said to have survived.” Contrary to later tradition, here the Pechenegs are still rightfully identified as the plunderers of the country. In Kézai’s chronicle the victory is described as a major feat of arms, lacking in legendary elements. However, it is worth noting that it was Saint Ladislaus that the chronicler placed in the focus of events, so much so that he did not relate the event in connection with Solomon’s reign, and in fact this was the only feature he considered worthy of mentioning in connection with Ladislaus. In reality, the Pecheneg attack took place under the reign of king Solomon, and along with the king, duke Géza also played a significant role in defeating the pagans. Ladisalus, who was only a duke at the time of the campaign, played in fact a much smaller role. Although he did not complete the story with legendary motifs, Kézai was the first to inextricably link the battle of Kerlés to Saint Ladislaus’ name.

In the 14th century, the history of the battle of Kerlés grew into a surprisingly detailed story, in which the legendary element of the pagan abduction of the girl was also introduced. For the details of the battle, it is not excluded that our 14th century chroniclers used a text that described the events in more detail than Kézai. The specificity of the text is that the Cumans are mistakenly named as the enemies instead of the Pechenegs, but it correctly places the event in the period of Solomon’s reign. The reference to the Cumans may suggest that this more detailed account was written much later than the event itself, when the Cumans were the ones representing the threat coming from east. Likewise, the reference to the bishopric of Várad is erroneous, since in 1068 the bishopric was still located in Bihar. Perhaps then we are dealing with a text from the 13th century. As for the part of the enemy’s pursuit and the release of the girl, this is most certainly also an interpolation from the 13th or early 14th century. 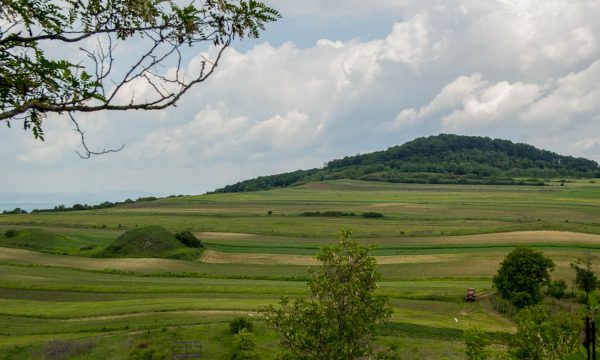 After such antecedents, the story of the battle of Kerlés was finalised by our 14th century chroniclers, including by a Franciscan monk from Buda during the reign of Charles I of Hungary and later by Márk Kálti around the middle of the 14th century. The two texts are essentially the same; the deviations are minimal. There is no specific reference in the earlier text to the battle of Kerlés, respectively it is specifically emphasised that the daughter of the Bishop of Várad was none other than the daughter of Coloman, the younger brother of Ladislaus. In contrast, Márk Kálti clearly questioned that the girl was the daughter of the bishop of Várad: “But that girl was not the bishop’s daughter.” In addition to these minor differences, the Chronicon Pictum contains the most detailed depiction of the complete story.

The sequence of events can be summarised as follows. The Pechenegs attacked the country, not for the first time, from east, perhaps from the direction of Moldova, with the specific intention of plundering. Their leader, Osul (Ozul), a more significant prince of the Pechenegs, was in the service of Gyula (qui fuit serviens Gywle). In the beginning, they were plundering in the northern part of Transylvania, then they crossed the Meszes Pass and were raiding in the Nyírség area until they reached the town of Bihar, which was at that time the centre of the county and of the bishopric. If there is any historical basis for the kidnapping of the bishop’s daughter, she must have been taken by the Pechenegs when they sacked Bihar. As later Saint Ladislaus moved the centre of the bishopric of Bihar to Várad, our chroniclers updated the origins of the girl as well, just as the Pechenegs later became Cumans. After Bihar, the Pechenegs crossed to the Lápos and Szamos regions and were preparing to leave the country, probably at the Radnai Pass. In the meantime king Solomon, accompanied by duke Géza and duke Ladislaus, crossed the Meszes Pass with Hungarian soldiers and came to Transylvania, organising their ranks at Doboka. Although in the chronicles Bihar and Doboka are called towns, in the 11th century these were basically castles, royal county centres. They spent a few days in Doboka, and when one of the spies of Solomon, Fancsika/Fanciska of Újvár reported the exact location of the Pecheneg army, they marched out to meet the Pechenegs in battle. It was here that Osul was confronted with the overwhelming number of the Hungarian army and did not risk an open battle. Thus the Pechenegs retreated to a nearby mountain that could be easily defended, in the hopes of exploiting the terrain and smashing the Hungarian army. According to Kézai and some of the 14th century chroniclers, this mountain was called Kerlés (Kyrioleis, Kyrieleys, Kerieleis, Kereleys). Thus, the Hungarian army did not in fact catch up with the fleeing Pechenegs; it was the Pechenegs who gathered here for defence and were waiting for the attack. The Hungarians assembled at the foot of the mountain, from where the Pecheneg archers who ventured down were trying to drive them away and cause as great a damage as possible to the army. However, a part of the Hungarian army attacked the archers who were now desperately fleeing to a higher point of the mountain. As he saw this success, Solomon joined the attack with the greater part of the army, but he did not take into consideration that this was the steepest side of the mountain. Géza and Ladislaus chose a more gradual slope, thus the Hungarian army attacked the Pechenegs from two directions. Even if Ladislaus was wounded during the battle, they were overwhelmingly triumphant against the Pechenegs. “They hacked with their swords the freshly shaved Cuman heads, like unripe pumpkins.” In the 14th century chronicles, the battle is followed by the presentation of the knightly feat of Saint Ladislaus, the defeat of the Cuman, which is perceivably a separate story, and seems to be a later insertion.

Looking for accomodation around Chiraleş? Click the button below, and you can find a suitable place in just a few minutes.