The legend of the founding of Oradea appeared in the Illuminated Chronicle for the first time, however this 14th-century chronicle preserved a myth that appeared presumably two hundred years earlier: “While hunting in Bihor County, [Saint Ladislaus] found between the Rivers Criș, a place where, beckoned by angels he decided to erect a monastery to the Virgin Mary, place which he named Varad.” 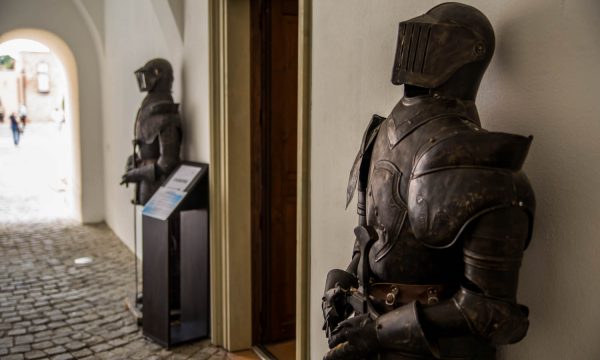 Similar traditions from the same century (12th century) were preserved in connection with Oradea in the church legend of Saint Ladislaus, which was finished for the canonization in 1192. This includes the legend of St. Ladislaus’ carriage for the first time, which tells the miraculous selection of the burial place: “But the believers, seeing that the weather was foul and the way was too long, hesitated to bring his body to Oradea (…), and during a halt, they closed their eyes. At dawn, when they rose to continue on their way, they saw that neither the carriage, nor the holy body were there any longer. They were saddened and began to run to and fro, asking if anyone had seen the body. But when they headed towards Oradea, they saw that, without any help, the holy body was travelling towards the city, carriage in tow. And seeing the great Godly miracle, they praised the Lord.” This type of international legend appeared in connection with the town of Cenad in the legend of Sancti Gerhardi episcopi that was written a few decades earlier. According to recent traditions, the small town of Nagykereki, in Hajdú-Bihar County, Hungary was named after the carriage miracle. 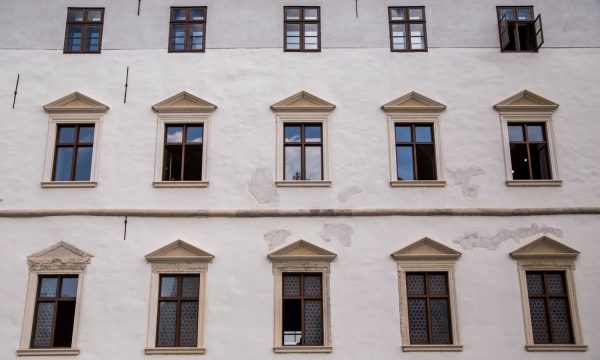 The history of the Oradea Fortress spanning several centuries is closely intertwined with St. Ladislaus’ relics that are preserved there (the legends related to this will be discussed together with the cathedral). Until the Turkish occupation of Oradea in 1660, four famous bronze statues made by the brothers Martin and George of Cluj (the standing figures of three Hungarian kings – Saint Stephen, Saint Emeric and Saint Ladislaus – completed around 1370, as well as the equestrian statue of St. Ladislaus inaugurated in 1390) stood in the fortress’ yard, in the square in front of the entrance of the cathedral, which were greatly admired by everyone in the coming centuries. According to a local medieval legend from Bihor, these were not created by people, but by fairies. The 17th-century Turkish traveller, Evliya Çelebi called these statues the talismans of Oradea, because the locals strongly believed that the holy kings protected them from all enemy attacks. As Stefan Zamosius (István Szamosközy) wrote about the siege of the fortress of Oradea in 1598 in his work entitled The History of Transylvania: „They say – whether it is the truth or merely fabrications – that news travelled among the Turks, superstitious people as they are that: the above mentioned bronze horse of King St. Ladislaus neighed so loudly, that even the Turks heard it and explained it to be a miraculous sign for the besieged. This allegedly led to the early withdrawal of the Turkish troops from around the fortress, even though their strength was not exhausted, as they just lost hope that they could conquer the fortress.”

The Valea Roşie Natura 2000 (ROSCI0267) nature conservation site lies only four kilometers north-east from the city of Oradea, in the valley of the Crișul Repede (Hu: Sebes Kőrös, Ge: Schnelle Kreisch) river. 14 plant species, 6 amphibious and one reptile species are counted among the protected plants and animals of this 819 ha area.

The site is dominated by one large deciduous forest, divided into two parts by the river. Small and big clearings break up the tree cover, with marshy spots providing a home to amphibians in some places. The various frogs living in these wet habitats include the common toad (Bufo bufo), the agile frog (Rana dalmatina) and the marsh frog (Rana ridibunda). The characteristic ‘unk-unk’ cries of the males of the yellow-bellied toad (Bombina variegata) and the European fire-bellied toad (Bombina bombina) can often be heard in the mating season that lasts from spring until the middle of summer. The non-venomous grass snake (Natrix natrix) that is common across Transylvania and can also be found here.

A notable plant of the area is the green-winged orchid (Orchis morio). The wet, sandy soils of these habitats are ideal for this purple flowered orchid that is protected in both Hungary and Romania. Before the budding of the trees in the spring, between March and May, we can already notice the fumewort’s (Corydalis solida) red, purple, or sometimes white coloured bloom. If we choose to visit from July to September, we can find the star-shaped flowers of the Aster sedifolius or the carthusian pink (Dianthus carthusianorum). This species got its name after the Carthusian monks who often planted it in the gardens of their monasteries.

Looking for accomodation around Oradea’s Fortress? Click the button below, and you can find a suitable place in just a few minutes.