The name of the city, situated on the two banks of the Crișul Repede (Hu: Sebes-Körös) river just as it exits the embrace of Crater Forest and the Copper Mountains, along the road to Transylvania, suggests the existence of a fortification (Hu: nagy vár, “great castle”) at the time the settlement was established. This could be put to the second half of the 11th century and can be attributed to Saint Ladislaus, according to the tradition: “when hunting around the river he found a place where he decided, admonished by an angel, to build a monastery in honour of Virgin Mary, and he called this place Várad.” 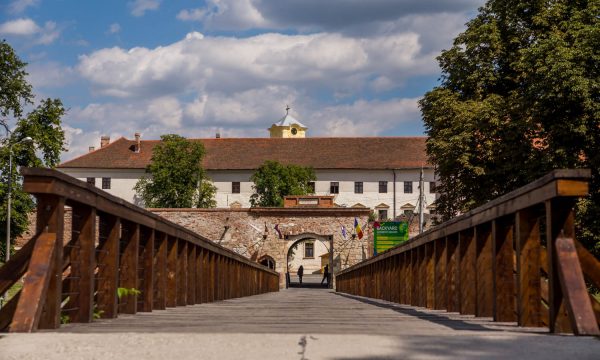 The settlement grew in importance when around 1092  Ladislaus I. moved the seat of the bishopric of Bihar, from the Bihar destroyed by the Cumans to Várad. The defence of the cathedral and of the bishop’s palace, which serves as the burial place for the king, was probably ensured already at the beginning by the construction of a castle with an earthwork-timber structure, or reusing an existing one, in the area crossed by the Peța (Hu: Pece / Hévjó) stream and Crișul Repede. According to Rogerius canon, who depicted the events of the Tartar invasion of the city, the sight of the fortress with earthworks and timber towers, and recently fortified on the weaker side, first made the Tatars retire. Later, they returned with their siege machines and took the walls that were partially already built of stone, and destroyed the buildings inside. During the reconstruction work, new castle walls were erected for sure already in the second half of the 13th century. In the 15th century the construction of the bishop’s castle continued, resulting in a fortification with an irregular circular layout, situated on about 3 hectares of land, with fortifications running in two concentric circles at a distance of 9–13 m. The walls of limestone and sandstone were 1.3 m wide on average. On the south side, the bishop’s palace with an L-shaped layout was lined up in the protective system, and two bastions could be identified in the northeast. In 1598 there still stood a tower on the west side, in the chapel of which St. Ladislaus prayed, according to tradition. We have relatively few documentary data about the medieval bishop’s castle: around 1375 cathedral statuettes speak of the castle moat and the northern castle gate, in 1456 the castellan was first mentioned, and in 1497 the court judge. We also know about the constructions of Bishop János Filipecz and Fráter György Martinuzzi, the latter fortifying the western side. In the winter of 1474, Turkish troops crossing the frozen Danube unsuccessfully besieged the castle. After the disappearance of the bishopric, in the period of the Transylvanian principality, Várad assumed the new role of border fortification, and the completely changed military technical conditions made the construction of a more advanced defence system necessary. Giulio Cesare Baldigara might have designed the more or less regular pentagonal fort with a new Italian-style bastion, built between 1569 and 1619, which surrounded the bishop’s castle, and the image of which is faithfully rendered by Georg Houfnagel’s and Cesare Porta’s contemporary drawings. In 1598 it passed the test of a powerful Turkish siege, but in 1660, the few and insufficiently armed guards could no longer hold against the Ottoman force, and capitulated. The castle was retaken by the Austrian army led by General Donat Heissler in 1692. 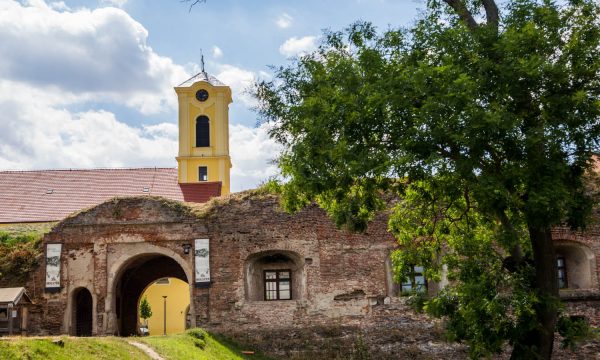 The fortress of Oradea is one of the most representative military and ecclesiastic historical ensembles in Transylvania. The fortress and its buildings hide secrets the uncovering of which can only come from several decades worth of comprehensive archaeological research, even though we have at our disposal abundant written historical sources. One of the most important features of the fortress-ensemble is that it hosts a cathedral founded by Saint Ladislaus, as well as the fact that it is the burial place of Sigismund, Holy Roman Emperor or otherwise known as Sigismund of Luxemburg (1382–1437). As the building history of the fortress extends from the early Árpád period until the present day, archaeological excavations keep adding new information to our knowledge.

Archaeological investigations of scholars and laymen (e.g. the Habsburg military in the 19th century) are still ongoing. We should regard previous and present research as an ongoing process always providing new data, but also the equivalent of a challenge. First observations regarding the site were made by Flóris Rómer, which produced an extensive record of several hundreds of stone carvings and other findings, published later by Jolán Balogh in 1982. The beginning of the 90’s represents the start of professional research, conducted in small sections, as the Romanian Army has ownership over the fortress. Later, Adrian Andrei Rusu, Tamás Emődi, Radu Lupescu and others conducted several excavations in the area and their results were published in 2002 in the form of the first volume of a series of monographic studies.

According to research the fortress was preceded by an earlier fortified timber-earthwork construction dating from the Árpád period, presumably from the beginning of the 11th century, based on aspects of relative dating. More trustworthy findings were discovered in a dwelling identified inside the fortress, presenting two coins from the period of Géza II (1141–1162) and András III (1290–1301), showing us with all certainty that this fortress was standing and functional in the 12th or 13th centuries. Additional research is also believed to have identified a donjon, which was in use until the 14th century. This was replaced later on by a Gothic-style palace, which was then extended into a larger Episcopal Palace during the Renaissance. An inventory from 1589–1599 states that both storeys of the palace had painted windows of various shapes. Written sources, as well as archaeological findings show that the ornamental features of the Episcopal Palace where further enriched during the 17th century by Gabriel Bethlen, Prince of Transylvania.

Looking for accomodation around Oradea’s Fortress? Click the button below, and you can find a suitable place in just a few minutes.