Sânvăsii is a settlement located along the Mureș (Hu: Maros) River, south-east from Târgu-Mureș (Hu: Marosvásárhely). In the absence of written sources, the mediaeval history of the settlement is unknown. Its name only appears in the 14th century registry of papal tithes, in 1332 for the first time. It belonged to the Maros diaconal district of the Telegd archdeaconry, and its parish priest was called Matthias. The name of the settlement, which comprises the name of Saint Ladislaus, suggests that its parish church was raised in the saint’s honour.

During the archaeological excavations carried out in recent years, the traces of an earlier church building were found in the place of the current Unitarian church. Experts date it back to the 12th century, or rather to the end of the 12th century. If this latter dating is accurate, it cannot be excluded that this church was in connection with the canonisation of King Ladislaus in 1192. It was a basilica with a nave and two aisles, considered to be large at that time, which was also a burial site. Perhaps it was destroyed during the Mongol invasion. 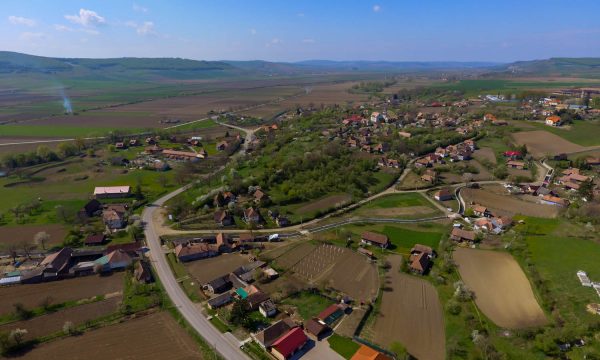 The present Gothic church was built at the end of the 13th and during the 14th centuries. Its interior was richly decorated with wall paintings that were created in several stages during the 15th century. The nave’s murals were destroyed in the 18th century during a reconstruction, which is a great loss, as it is possible that they depicted the cycle of Saint Ladislaus. However, the highly decorative and exigent frescoes of the chancel, the triumphal arch, and the triumphal arch’s wall have been preserved. An emphatic element of the church is the large tower erected north of the chancel, next to the sacristy. Its construction time is uncertain. It is usually dated to the end of the middle ages, but the opposite is not excluded either, i.e. that it is a vestige of an early construction phase. The connection between the tower and the church reminds us of the spatial relations typical of the mendicant order. The fact is that this is an unusual solution in the given region, which, in the course of recent researches, has led to the view that the church did not belong to the Szekler community, but rather it was in the ownership of a landowner. According to very late sources from the 16th century, the church’s patron was the Sigér family. Their burial place was set up in the tower. This is where we find the gravestone of Mátyás Sigér. It was the family that allowed the population of Sânvăsii, converted after the reformation to the Unitarian faith, to use the church in accordance with the new denominational requirements. This took place in the 1580s. Following this, the cult of Saint Ladislaus had undoubtedly declined. By the 19th century, it was only the tradition of the monastery founded by Saint Ladislaus that still lived in the minds of the local population, which was said to have been located on the site of the Unitarian church. Ultimately, archaeological excavations have proved the somewhat realistic basis of the tradition, as the present church was actually preceded by an earlier one. The strengthening of the cult of the holy king is clearly reflected by the fact that in 2010 a statue was erected in his honour. 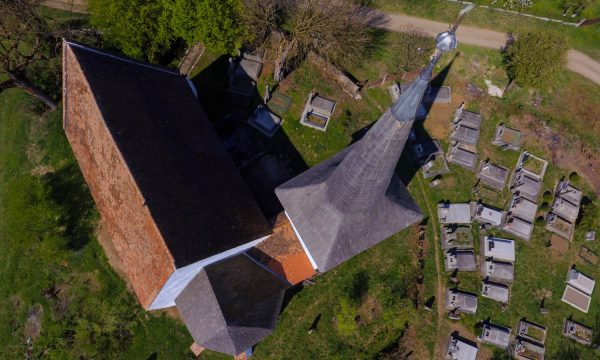 The course of the Niraj (Hu: Nyárád) River is rich with important examples of medieval church architecture. This includes, among others, the Unitarian church of Sănvasii. Its frescoes and archaeological findings stunned scholars and visitors alike.

The excavations were conducted in 2009 and 2016 by the specialists of the Mureș County Museum, the collective being composed of Zalán Györfi, Ünige Bencze, Oana Toda and lead by archaeologist Zoltán Soós.

Written sources and the analysis of architectural style revealed that the church suffered several modifications during different periods: that of the addition of a tower, of the extension of the nave, and of the frescoes being painted on the walls of the sanctuary. Its origins have been revealed by archaeological research: a grave cut into one of the walls of the church produced, among other findings, a coin from the period of Béla III. (1172–1169). This finding puts the beginning of construction to the late 12th – early 13th century.

A chapel is situated on the northern side of the church, which was changed into a sacristy after they abandoned the old basilica form of the church. The latter is still effectively under the church and visible today because it was partially rebuilt. Archaeological research also identified a third structure on this side: an earlier, horseshoe shaped chapel, which is thought to belong to an intermediate construction phase – but in order to clarify the situation further research is required. Considering the character and historical context of the church of Sănvasii and the archaeological results, we can ascertain that it was founded by a noble family.

Looking for accomodation around Sănvasii? Click the button below, and you can find a suitable place in just a few minutes.